Ok, so maybe that’s not technically math, but it is common sense.  Anyone who’s been around town long enough knows that Elite Mobile Techs is the most skilled, experienced, and equipped to handle water damaged electronics.  From our special in house cleaners, to our ultrasonic cleaning, training in the field of microelectronics rework, and just our sheer success rate.  Of course we can’t always save them for less than they are worth, but 90% of the time we can, and over half the time we can do it cheaper than anywhere else!  But enough about us, let’s talk about water damage and help you understand what it does, what not to do, and how to best handle the situation.

What Water does to electronics….

Now, based off what I learned when studying electronics at T.S.T.C., Water actually does nothing to electronics… in general.  It is in fact the contaminants within the water, along with their conductive properties, that come in contact with POWERED circuitry and change it’s design, that actually does any damage.   Let’s compare it to a road… or a few.  Say Dallas, TX.  There are specific roads and highways and bridges and so forth, all designed to get cars from where they started, to where they need to go.  Now, just a little water on the road never hurt nobody, BUT if you happen to pull oily water on I-35 during rush hour, you might have some traffic that was meant to go one place, end up somewhere else.  BUT, if there were no traffic (or electricity in our situation) then nothing would happen.  But how long would we need to throw rice on the road for before we could open the traffic back up?  Or would it just be best to call the cleanup crew day one?  See where I am getting at here…

Basically, Water, alone, does nothing to electronics. It is only when they are powered that you have a concern.  And seeing as rice tricks and many other DIY solutions are time consuming and rarely 100% effective, it’s best to bring it in and have professionals remove all contaminants from the device, before power is re-applied.  Of course if it’s fully charged and you can’t reach the battery to remove it, try to get it in asap.  Because the longer it’s powered, and traffic is flowing, the more likely there will be serious damages, possibility critical and un repairable.

What not to do when water gets to your device…

RICE, RICE, RICE!!! The age old fixer for wet electronics right?  I mean, It soaks up water right?….  Ok, let’s acknowledge that rice DOES attract water, but it isn’t little soldiers looking for it.  It’s like mini towels your throwing on a mini house (on the outside) hoping it’ll dry out the flooding that’s inside… The rice isn’t doing anything except making you let it set and dry naturally and of course clogging up speaker grills and charging ports.  90% of the time when I open a device that’s been in rice for days or even over a week, it still has standing moisture.  And folks that got lucky enough that the water damage didn’t zap their device and hail the rice as their savior, realize all the corrosion and permanent damage when something random stops working 3 months later and I have to open it and show them the growing corrosion and damaged connections.  Lets just get straight to it…

What not to do:

heat causes water to vaporize and get everywhere inside it!  And nothing outside will dry the inside.  and even if it did, it’s the contaminants that do the damage, the water was just the way in, you still gotta get them out!

Hopefully this can help a few folks out, and save your info and electronics! 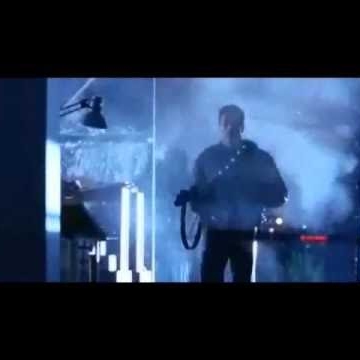